As you might have already noticed this website features a terrible catalogue of crimes against women. Here is a very live unsolved case. There is progress being made but it seems torturously slow. Not only does the case of Toyah Cordingley highlight the unjust targeting of women walking in isolated places, it highlights another issue. As you will see here the prime suspect has been able to disappear into another culture thousands of miles away. Precious time has been lost and more pain heaped on the family because of snail like procedures between nations.

( Update: The main suspect has been found and detained. He now faces what could be a lengthy extradition process in India. Nov 28th 2022)

The Brief Circumstances of the Murder of Toyah Cordingley 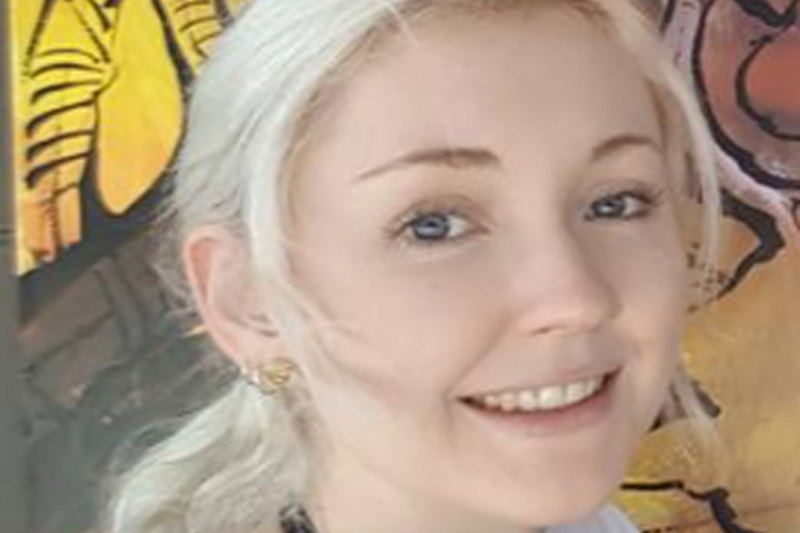 This is Ms Cordingley. She was 24 years of age, lively, loved and there is no-one who has said a bad word about her. Like many young people she liked the camera so there is a wealth of images of her. Images of a young woman living her life and in each image was the unsaid promise of more life to come.

She was an animal lover and on 21st October 2018 she and her dog went for a walk on Wangetti Beach, Queensland, Australia.

This is a place she had been to on many occasions. She did not return. The family were quick to sound the alarm. Darkness had already fallen on this beautiful place so the police declared that a search for her would resume in the morning. Family and friends went out that night. Her faithful dog was found uninjured tied to a tree. Sadly, sometime later, Ms Cordingley was found in a shallow grave in the sand.

I have never before witnessed official sources describe the attack on her in the way they did. It felt that the injuries she had suffered were too bad for them to even make a start on a public announcement. Her mother was dissuaded from viewing her daughter in death.

Police in Queensland made appeals and followed hundreds of bits of information. What emerged was interest in a particular individual who was a nurse in the area. He left job, home and family in short order.

Rajwinder Singh is reported to have left for his native India on the day that Ms Cordingley was found. I have read elsewhere that it was within a matter of days. I have seen it reported he was observed to have visible injuries consistent with being involved in a fight and he had been to the beach that day.

The interest in him over this murder has been known in India for sometime. I watched a 60 Minutes documentary where his family was interviewed and asked where he was. The point I am making is two years on this guy has not attempted to help the police or the family by stepping forward.

As a result an extradition request has just been made. If accepted the Indian authorities will need to seek him out with a view to returning him to Australia. On camera the local police chief stated this was something he was willing to assist with once a request was made.

Not as Simple as it Looks

There has been criticism of the delay in requesting the extradition of this man. I can understand why frustration and anger has been prominent in the coverage of this issue. The simple reality is that the process differs from place to place. Most countries have a system that will treat such requests with the highest level of scrutiny.

MP Warren Entsch said that he was very pleased that the request was now complete, but he did explain it had been a long and exacting process:

‘It’s been a long process … We do have an extradition agreement with India and I know there have been some [people] concerned about the time frame, but it’s not just a simple open-and-[shut] procedure with India – they require an extraordinary level of evidence for them to consider it. ‘

Close Knit Community in Cairns Will be Relieved

Ms Cordingley’s father, Troy, found her body. The local community know and use the beaches and many knew her and her mother Vanessa. The outpouring of grief and support has been incredible. They greeted the news warmly that at last answers might be forthcoming.

This guy could have nothing to do with the murder. That said why are we, Australia or the UK, not seeking to have a simple form of extradition treaty in the case of any of the nationalities that live in our countries.

We have similar cases here. Offenders skip back to their home nation shortly after a crime or even just before sentencing. Speaking frankly some are from areas that then shield them and actively frustrate attempts to bring them back.

No easier treaty = No entry would seem fair. A simple declaration that is reciprocal between nations. If you visit you sign a waiver to the extradition process or at least part of it. If you return home and then are wanted for questioning the waver you signed upon entry would bypass the more complicated aspects of extradition.

I am not suggesting that the extradition hearing in your own country does not take place. What I am suggesting is that your detention by the local authorities should be easy to have done. Then detectives from here or Australia or wherever should be allowed to question you. If evidence exists then they should be guided and assisted to present that to a court in the nation you are from.

The cases are not small in number, the pain heaped on families is huge and I say that if anyone was reluctant to sign such a waiver then what is our loss if they don’t visit? What is our loss if a nation declines such a system and advises its citizens to not visit?

I will watch this case closely and from this tiny part of the internet. I wish nothing but for some peace to come to the Cordingley family.

My update on the anniversary of this murder. 2021.

Unfortunately we have many cases of lone women attacked while walking their dog: Click Here