This month sees the anniversary of a infamous British unsolved murder. It involved one of the UK’s oldest noble families. Lord Lucan is strongly believed to have attempted to kill his estranged wife on 7th November 1974. Instead a young nanny was murdered. He is thought to have fled the country with the help of friends. The search for him has spanned the decades. 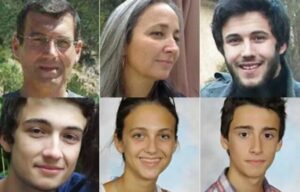 In 2011 France saw a member of an aristocratic family make Lucan look like a poor man who had a bad night. Xavier Pierre Marie Dupont de Ligonnès was the only one to walk away from the family home in Nantes. All the others, his wife and four children were discovered under the patio.

Not only did the group suffer a murderous plot they died on separate nights. All except one was drugged before being shot in the head. Agnes, Xavier’s wife, was 48 years old and was probably asleep when she was killed. Xavier was 50 when he disappeared. His father had been a Count and the family line was rather illustrious, however, Xavier was a failed business man who had run out of money he could borrow.

There are many pages online and a Netflix programme about the rather bizarre details this horrendous crime. In short Xavier had built up to April 2011 in slow sinister steps. The eldest son, Arthur was 20 years old. He should have picked up his pay cheque from work on the 1st, he didn’t show. He was not seen alive again.

Everyone else, Agnes, Thomas, 18, Anne, 16, and Benoit, 13, were out to dinner with Xavier on the night of the 3rd. Anne and Benoit were not seen after that. Thomas was out for dinner with his father on 4th and Agnes is reported as being alive on 5th. The next time they were seen was in the graves that were unearthed by the police over two weeks later.

Nb Other reports say people who knew Agnes have her as alive on 7th.

Xavier had inherited a .22 rifle after the Count died in January. He got a licence and ammunition for it and took to shooting at a local range. In the time leading up to the killings the word went to schools, Agnes’s employer and relatives that a variety of things were happening. The family were off to Australia because of a work opportunity, they were going into the US witness protection programme or there was a sickness that kept the children from school. 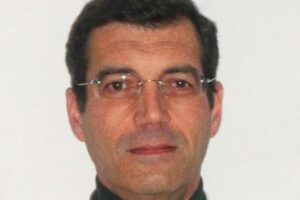 Xavier (above) was actually in deep debt. He had been using money from Agnes’ family for sometime, he had even borrowed money from a mistress.

Back in 1974 Lord Lucan fled and the story that was put out was that he had not killed the nanny, Sandra Rivett. He was just aware he may be blamed. There was a complex set of circumstances that make for a true whodunnit. As to how innocent Lucan was is debatable within narrow lines. The lines regarding Xavier are even narrower.

Xavier Dupont de Ligonnès couldn’t really have made it harder to paint him as innocent. He was seen in the house for days after. He was traced as he went from hotel to hotel as he drove south. CCTV captures him about his business, hotel staff and records confirm it was him. His credit cards and a speed camera support the identification.

He used a false name at one place yet otherwise he made no attempt to hide. Finally, he abandoned his car in Roquebrune-sur-Argens. This is was on 14th April and was the last time he was seen on CCTV, staff at the hotel confirm he checked out on the morning of 15th. The area around comprises of high rough terrain with the sea to the south. There are strong suggestions Xavier killed himself somewhere remote.

As with Lucan there have been sightings all over the world. At one point a guy was arrested in Glasgow. It looked good, the prints matched. However, there must have been a glitch because the DNA did not. Another tip came in claiming Xavier was hiding in a monastery. He wasn’t.

I allow for something to come from out field and agree that Xavier is innocent until proved guilty. Assumptions are the beautiful path that leads to daft conclusions. It would have to be a powerful and almost astonishing story that placed this man as innocent though.

More to the point where is he? The grief felt by the wider family must have been numbing. Any murder is a blow that destroys the lives of loved ones left behind, in this case we have five killings. If Xavier walked off and died then that is one thing. If he faked all this then that would haunt the family more.

He could have done. I looked at the hotel. The Hotel F1 is like a motorway/highway motel. It is a blockhouse looking thing on a major junction. As I looked I saw that a night’s stay tonight would cost all of £29 ($39). In April maybe a bit more, all the same is this where a man with nothing to lose spends his last night?

Please don’t get me wrong, if all is as reported he was likely not functioning rationally. This was a man who was not born of huge fortunes, however, he once said:

‘I think I’ve got a superiority complex, you could call it that… I belong to a group of people who are intelligent, determined, balanced and in good moral and physical health. Such people are rare compared to the masses.’

Here is a picture of his last hostelry:

Unless he was broke by this point. I mean as in his credit cards were maxed and he was shuffling change from the passenger seats why there? I’d stay there after a long ride on my motorbike. I am not doing the place down. I am saying it is a bit out of character for this guy. The previous hotels he had been staying at were 100 plus euros per night. It might seem an insignificant point, however, often it is the insignificant that sticks out.

I do love his quote though. My word, so many pompous, delusional people and so little time to list them all. The masses, I chuckle at that. How does that strike you? Xavier said he came from a long line of superior people. Really? As I write my kids are working and with their families not buried under a patio and I am as ‘masses’ as you can get.

Maybe I am letting my own bias colour my thinking. I don’t think so. Not only did this guy drive south and then disappear, the neighbours also have tales to tell. He was in and out of his house while he was there. Bags were loaded into the car. Communications to relatives make no mention of any issues. The suggestion is that he was under duress when writing various reasons his family had dropped off the face of the planet. That wouldn’t really cover why he bought bags of lime, huge bin bags and practised with that .22 rifle would it?

Was he working for the US Drug Enforcement Agency as one story went? Did he fall foul of high level gangsters who killed the family and then were on his tail as he sped south?

Time will tell or worse maybe it won’t. From what I have read I really don’t think there is anything sinister and underworld in the explanation for these murders.

At the end of it all an innocent group of people died. The actions of whoever were shocking and cruel. I hope if there is any justice to be found it is found quickly.

I have my thoughts on what goes wrong in people’s heads in cases like this. Maybe you would like to look at what drove killers like Mark Entwistle and Andreas Lubitz. Also when it comes to a total lack of covering up crimes I can think of none better than rapist and murderer Wayne Couzens.