In 2021 there is much said about the violent crime in our nation’s capital. Certainly the crimes we see in glorious technicolour are nasty and alarming. However, London is a big city and with big cities comes crime. 1946 would have been in an era that was often called the good old days. Back then the nation was united, community spirited and largely just as dangerous as it is today. You can argue statistics and 2021 is probably many times more blighted by crime than the 1940s. When it comes to the level of violence? When murder was on people’s minds, days gone by became just as vicious as today.

The Murder of Margaret Cook 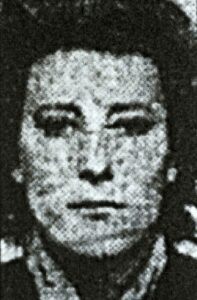 Ms Cook was a dancer in a nightclub called The Blue Lagoon. This place was in Carnaby Street. Property there is now sold for astronomical amounts. Back then it was a seedy place, a bit like New York tourist traps were in the 70s.

Running at the side of the club was a passage way. A man was walking past on 10th November 1946. A woman in the passageway shouted that her companion had a gun. The witness was told to keep walking by the guy and he did. Next thing a shot rang out. The companion ran out of the passageway. He was described as between 25 and 40 years old. He was wearing a pork pie hat and a Burberry coat. He was chased, but disappeared into the mists of time.

The Blue Lagoon was known as a front for prostitution back in the day. The cops thought the killing was all part of gangsters keeping the women in line. It was a warning not to hold out on paying the house their cut. On 8th September 1947 another Soho sex worker was murdered by shooting. This was Rita Green aka ‘Black Rita. I have not found much about her at all.

On 5th September 1948 another woman, Dora Freedman, was stabbed to death in Covent Garden. The cops believed her killer was a Soho enforcer. It was the way back then for sex workers and sadly it is probably the way now.

Margaret Cook was 26 years old when she died. She had been born Margaret Willis in the northern city of Bradford. She had had trouble with the law when young. There is mention of her doing time in a borstal. Though our firearms laws restrict gun ownership a great deal 1946 was just after WW2. There were plenty of guns about.

I reported on a case that was only in 2004. A war time gun was used in the unsolved murder of Alistair Wilson. I am amazed that there were not more shootings by people with relics of the time.

A man was identified as a likely suspect in the murder of Ms Cook yet that went nowhere. So it was a nice neat, if barbaric, case of pimps being pimps?

Imagine The Coppers Faces When They Got A Confession In 2015

So Ms Cook is long in her grave and a man attends a police station in Ontario. He confesses to the murder. He was 91 years old. He said it was a dispute over money. He fled the scene and lived in Britain, for a bit, arrived in Canada and became a citizen. He had a family and all the while kept the secret. Unlike many murderers it ate at him enough that he had to confess.

As with any murder there is no expiry date. The man was interviewed and according to reports picked out a picture of Ms Cook. He said he had shot her with a wartime Russian pistol because she had cheated him. He had been given a diagnosis of cancer and wanted to clear his conscience.

The British authorities applied for extradition and last I know nothing has come of it. The Canadians are rumoured to have been reluctant to follow the process. They believed that there was no case to answer without the confession and also the age and health of the man was a consideration.

I have a feeling that the Brits were not that keen to haul him across the Atlantic either. It was a lousy crime though. Ms Cook was shot in the chest and was only young. It is a bit of an ethical dilemma. Should you pursue a dying man of 91 in that way? I guess the answer would be yes but only on a principle. I can only hope the guilt gnawed for a long time because poor Ms Cook was a long time dead.

He would have been about 22 years old at the time. The streets were full of thugs and he was just one of them. To pull a pistol and shoot a woman? That takes a character that doesn’t deserve any sympathy for sure.

I suspect it closed the case as I cannot imagine anyone else stepping forward. It would have been interesting to know who he was and why he was there that day. Those details have been withheld.

I should give a nod to this book and author: An Underworld at War: Spivs, Deserters, Racketeers and Civilians in the Second World War by Donald Thomas. A few of the articles referred to this source.