One of the key points in the disappearance of Erin Marie Gilbert is a set of headlights.

The brief story goes that 24 year old nanny, Ms Gilbert, goes on a date to a fair in a place called Girdwood, Alaska. It was the 1st July 1995 and it was her first date with a guy called Dave Combs. They arrive at the fair at about 4 pm. At about 6 pm they return to the vehicle and Combs has left his headlights on. The battery seemed flat and the car wouldn’t start.

When I saw the case I had to ask myself first was it daylight? That might seem daft to some of you but I have never been to Alaska. To assume it would be a long summer day is to potentially miss a detail. It being in the northern hemisphere I figured it would be and it was. The sunrise on that day was timed at 04.30 am with sunset at about 11 pm. A very short night then. 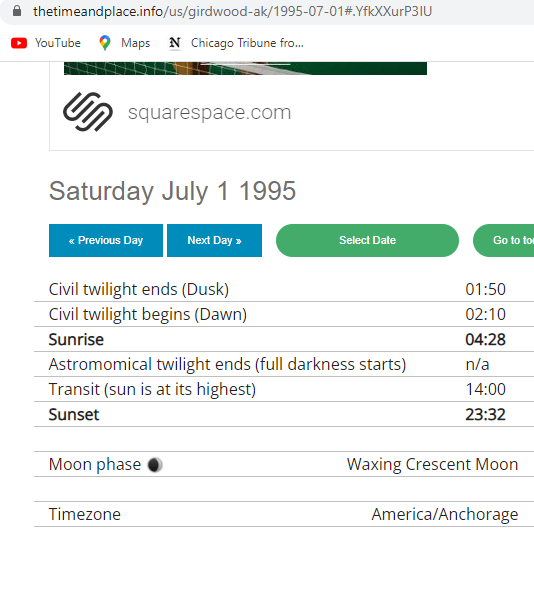 Combs said he would go to a friend nearby to get help. He spent two hours doing this but could not find the address. He had asked Ms Gilbert to wait for him. When he returned to the car, unsurprisingly, she was not there. He said he tried the car and it started.

( For none car drivers if a battery is drained because of lights, once you switch them off and leave it for a bit it can just have enough juice in the battery to turn it over and fire the engine)

So on that timeline this would be about 8 pm. He then goes into the fair and looks for her until 1 am.

The following day he calls Ms Gilbert’s sister. She had been living with this part of her family for a year. According to a news report he sounded casual enough and was just calling to check that Ms Gilbert had returned home safe and sound. She had not. She has not been seen since.

Despite police and volunteer searches no trace has been found of her. It remains an active cold case with the Alaskan State Police.

Ms Gilbert had been living in San Francisco with her father before moving up north. Her sister was living with her husband and two children on an Air Force base near Anchorage. Combs had met them on one occasion after he and Ms Gilbert had struck up a friendship in a local bar.

That they set out for the fair was a natural enough event. They would travel only 43 miles (69 km) to a crowded venue. What could be a better place for their first time out together?

I saw an estimate from 2011 that 9,000 people attended the event. So in 1995 there should have been a sizable crowd as the fair had been going since 1975. It was what you would expect from what I can gather, music, vendor booths and a beer hall.

Witnesses were found that saw Ms Gilbert in the beer hall prior to 6 pm.

Mrs Stephanie Gilbert Juarez, Erin’s sister, gave an interview to Dateline and that is where I get the smaller details from. She said it would have been very unlikely that her sister would have deliberately stayed out overnight without telling her. She is also quoted as saying that Combs called her home at 7 am when he was checking Ms Gilbert had returned home safely. He had not reported her missing until then.

It does happen that you leave your lights burning for two hours after parking. It was more the case back then when many cars did not have an audible warning as you got out of the car. It also tended to be so common place that other motorists would see this and get an announcement out over the PA. How do I know this? Because I am old.

You would attend events and hear just that sort of announcement. The fact it didn’t appear to have happened is not proof of anything. As was pointed out to me if the sun had been bright headlights might not have been noticed. I am just setting the scene appropriate to the times back in 1995. 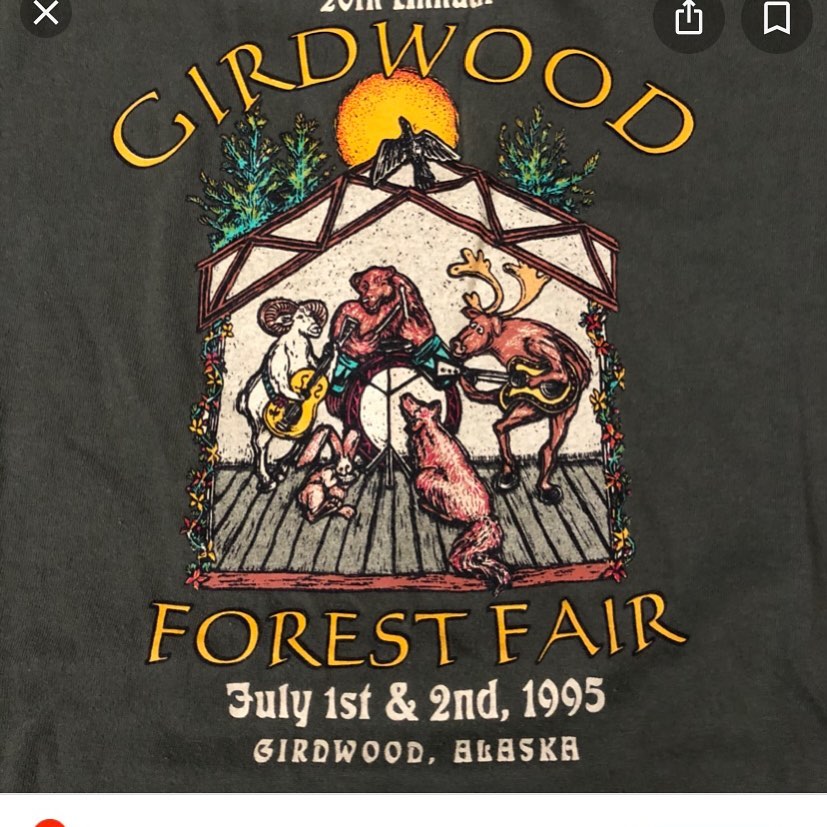 So the couple go to the car and it won’t start. They are at an event, so why not go and ask if anyone has jumper cables? After asking myself that question I came up with another couple of issues in the story allegedly given by Mr Combs.

How can you be so sure a friend lives nearby and can help, yet you don’t even recall where they live?

Why do you spend two hours wandering around looking for the friend. Then another five hours looking for a person, whilst obviously worried, yet you leave it a total of 12 hours before you check they have gone home?

In the case of Oscar Pistorius one thing stuck out as totally illogical in his account of how his girlfriend died. The Olympic runner shot Reeva Steenkamp while she was in a toilet cubicle. He claimed he thought a burglar had hidden there. The problem was he also claimed at trial to have been very scared of burglars. That was why he shot through the door killing Ms Steenkamp without checking who he was shooting at.

He said the opposite in the same defence statement. He said he had gone to sleep with the windows open. Who is terrified of night time burglars yet sleeps soundly with open windows?

In the  story about Ms Gilbert there are three points that make little sense about the events of that night. I’ll keep digging.

I did keep digging. I got into an interesting discussion on Reddit about this case. What became apparent was that many people do not think Dave Coomb’s explanation was on first look suspicious. They pointed out that if he had been drinking, for example, he might have found himself stuck without a phone number or access to a phone. He might well have come back and sort of looked for Ms Gilbert while enjoying the festival. In short I came across some thinking that showed I was doing something I hate. I was looking at his actions from my own perspective. I still say if that was his story then it needs more explaining. I also found a reference, just one, that said no witnesses were found that saw him at Girdwood after 6 pm for example. I still say that if you drive a date an hour into rural Alaska, you should stay with her and get her home even if after that you call it quits.

What I have not found so far, in balance, is a single word he has gone on record as saying publicly. So was that his whole story?

Also there were some cultural differences and more relaxed attitudes than mine to that situation on that night. I would not have panicked of course. If I was Dave Combs I would have looked more for her but over a shorter period. Given the way the evening went I would not have probably even called the next day. I would have presumed she went home as I said.

He and I are not the same though. Nor are we all the same. I will keep the cultural and personal differences a little more in the front of my mind in future.

One thing I am glad about. Ms Gilbert’s name and situation has been refreshed on that platform as well. The important thing is finding out what happened to her.

I hope the family of this poor girl get some answers. The cops are quoted as saying they have no starting point, no suspects and no way of moving forward. That must be horrendous for those that Ms Gilbert was forced to leave behind.

Erin Gilbert was described as 5ft 11 inches tall (1.8 m), hazel eyes and brown hair cut in a bob, she had a tattoo of a flower on her chest. She was only weighing in at 145 pounds (65 kilos). Overall her clothing on that day was black including a leather jacket and jeans. She was wearing mountain boots.

If you know different about this case please email me. I won’t publish your name if you do not want me to. I would just hope that if the accounts of Mr Coombs’ actions that night are wrong I would get the chance to correct them.