This should come with a time stealing warning. The the assassination of President of the US John Kennedy will eat the rest of your life. It ranks in unsolved murders right up there with the Jack The Ripper and eclipses the like of The Zodiac killer.

Maybe the shooting of the 35th President of the USA actually tops all mystery killings? Out there are the books, the movies and the legends. On 22nd November 1963 JFK ( John Fitzgerald Kennedy) was visiting Dallas, Texas. He was fatally shot in the head and died shortly afterwards in hospital. The gunman, officially there was only one, was Lee Harvey Oswald. Oswald was an ex marine and also an ex Russian defector. Are you confused yet? Well that bewilderment is nothing to the way you will feel if you look into this assassination for a little while.

In short the earth seemed to stand still as this dynamic young president was killed. Was he murdered by the Russians? After all he had stood up to their military might and caused them many sleepless nights. Maybe he was gunned down by the Mafia who had, if you look in certain places, good reason to want him dead.

The line that remains mainstream is that Oswald was a nutty, politically influenced loner. A loner who was then gunned down by a guy called Jack Ruby as he was being escorted by the law. That ‘patriot’ stepped up and killed the JFK assassin. Ruby was a local club owner who some say had close links with the Mafia. The official story is he was hardly linked to them at all and he acted because he was bereft at the terrible shooting of JFK. 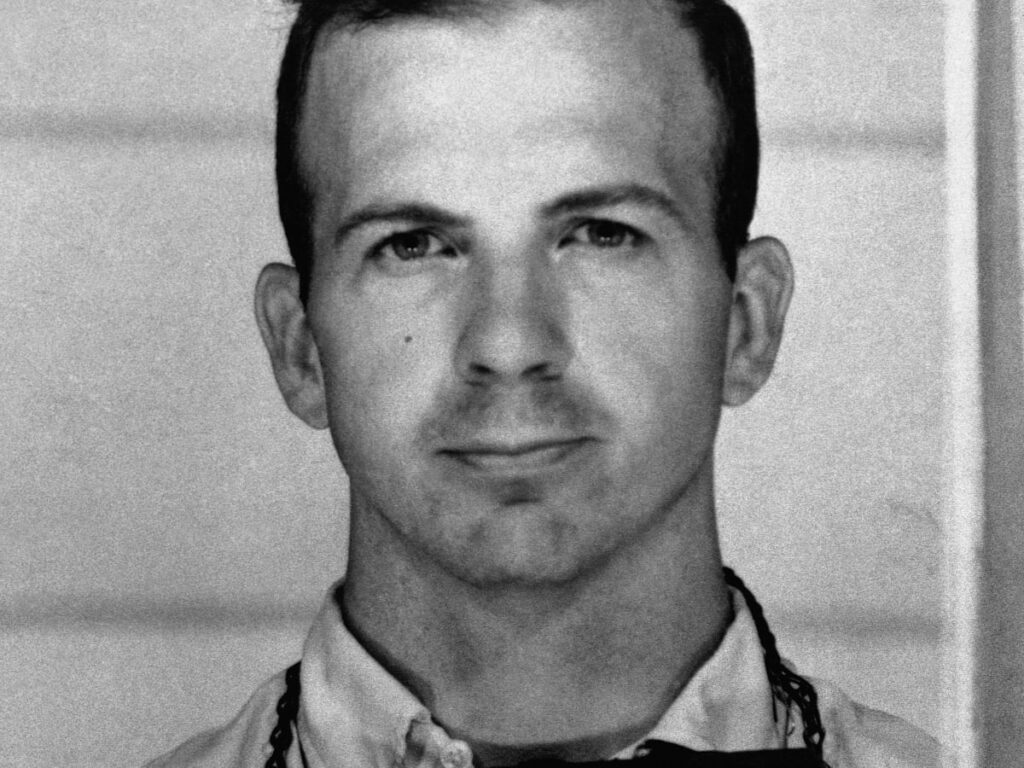 Lee Harvey Oswald. This amazing marksman could fire a rifle and make the bullet do whatever he wanted. In short the hit on JFK defies science if it was just him.

So Where Does This Dorothy Kilgallen fit in?

Ms Kilgallen was a writer of note who had a strong reputation for doing her job well. She also had, over the years, gathered a huge and varied range of contacts. She wrote for many newspapers and journals in her career. From 1950 onwards she appeared on the very popular TV show What’s My Line.

On 7th November 1965 she appeared on the panel of the show which introduced people for the celebrity group to ponder over. The idea was they got points for guessing how the guests made their living. After the show Ms Kilgallen was seen talking and drinking with a man named as Ron Pataky.

Ms Kilgallen was married to an actor and there seems decent grounds to support the idea that she liked to have affairs. The 51 year old had been linked to other men and one of them was fellow writer Mr Pataky who was 30 years old at the time.

The next day at 9 am Dorothy Kilgallen was found in bed in her apartment in New York. She was sitting up, wearing make up with a floral hair decoration still in place. She was dead. At the side of her bed was a glass on which was barbiturate residue. The final ‘official’ analysis was that Ms Kilgallen  had died from ingesting too much alcohol and too many sleeping style tablets. Not the rather weak ones that you can legally source these days. No, in the 1960’s sleepers were full strength and rather destructive if not taken carefully.

She had a prescription for one type, Nembutal, but others were found and even though it was deemed an accident the amount of these substances in her body made that a hard sell.

The official version came from an autopsy preformed in Brooklyn, New York which was a little out of protocol as she had died in Manhattan.  Another issue was that she had been gathering evidence that disproved the lone, crazy gunman theory that the government had settled on regarding JFK.

When I say she had been gathering evidence I mean she had been serious about it. A commission had been set up after the murder of JFK and it was called the Warren Commission. She found their declarations to be ‘laughable.’ She had expressed concerns for her safety over her project and from what I can tell any fear she had was well founded. One quick search revealed an estimated 92 deaths following the JFK assassination. Those 92 comprised of cops, FBI, CIA, journalists and civilian witnesses who had doubts about the official story. Some died in accidents, others following medical events and a fair few from violence.

Ms Kilgallen had interviewed Jack Ruby at one point and reportedly had a file of her interviews and writing either close to her or under lock and key at all times. When her body was found it is said the authorities including the FBI were all over the apartment. Later freedom of information requests showed that even the Director of the Bureau had a file on Ms Kilgallen with some of J Edgar’s own notes attached.

The conspiracy and other theories that followed the assassination of JFK ranged across every idea from absurd to strikingly convincing. I mean I don’t believe that Oswald was the only gunman.  I do know that it would have taken a miracle of ballistic science for the lone assassin theory to be the right one. From 1963 onwards the case is a mess of half thought out and blatantly clumsy statements by the authorities.

Ms Kilgallen had told those close to her she had received threats and had bought a gun to protect herself. The interest she had in debunking the official enquiry’s findings was well known. She had published her interview with Ruby and even got hold of the transcripts of his evidence to the Warren Commission. These had been in print as well and she had declined to say who had given her the documents.

I guess I have to also say that this Ron Pataky not only denies having an affair with Ms Kilgallen, but he denies being in her company the night before she was found dead.

I can comment a little from experience and from a consultation with other sources that the accidental taking of so many sleeping tablets is suspect. Yes, she could have been drinking and forgotten how many she had taken. The problem is the residue on the glass. Why break a capsule and drink it down to start with when you are used to taking such dugs? If you are mixing them into a glass of fluid that sort of rules out the accidental taking of so much. You might grab a tablet while drunk, then come back and wonder if you have taken one. What would would you do? Maybe take another or two. Breaking them into a glass takes more thought. It is estimated that Ms Kilgallen swallowed down between 15-20 100 milligram tablets.

I had a look at that amount and it is at the low end for a fatal overdose. The issue is of course there was alcohol and three varieties were involved. When you look at the What’s My Line program you also notice that this lady was not heavy. The low end of the toxic scale would have been enough to kill her. Kill her, that is, in the same way Marilyn Monroe died. This movie star is also roped in very tightly with the suspicions concerning JFK, Mafia and even Bobby Kennedy.

Marilyn Monroe had died of an overdose of barbiturates on 5th August 1962. One of those named was Nembutal though it has to be said her drug use (or rather misuse) was well documented way before her death.

So was Ms Kilgallen, writer about the stars and part crime reporter, killed to silence her? Well freedom of information also revealed she was under surveillance by the FBI at the time of her death. How constant that was I do not know, but there must have been something she was doing that stirred the pot.

The Kennedy assassination theory goes a bit like this. J F Kennedy co-operated with the Mafia regarding the overthrow of a communist leader called Castro. Castro had taken over the island of Cuba which is a slender 90 miles from the US state of Florida. In doing this in 1959 he turfed the Mafia out from their recently developed casino interests and put a big hole in their wallets.  Communist idealists are seldom fans of capitalist rich people whether they are legally rich or semi legally rich.

JFK knew that natural allies of Cuba would be big communist nations like the USSR ( now the Russian Federation). No country likes the idea that their sworn enemy might plant nukes on their doorstep and JFK was no exception. He wanted communism gone from Cuba and the Mafia wanted their casino play pen back. There you have a meeting of minds. The tale goes further. Ms Monroe was said to be dating a Mafia boss as well as both JFK and his brother Bobby.

One tale says that the idea was to get then Attorney General Bobby Kennedy in compromising pictures and then the Mafia could lean on him as he was not as co-operative as his brother. I mean…pick the truth out of all that almost 60 years later if you dare.

Getting back to the matter at hand, Ms Kilgallen. What do you think? Was she one of many victims of the JFK fallout? Was she just a 51 year old lady who drank too much and accidentally overdosed in her apartment?

In many ways I wish I could look at it all and see nothing but unhappy coincidence. That way I could snuggle up at night believing that the governments we have were smiling benignly on me as I slept. I can’t though.

The Enduring Mystery About The Murder Of Sandra Rivett, London, 1974.