Apparently Tim Weaver was a gamer. At least in his bio it says he was a gaming journalist. Many go into the world of Playstation and Xbox and never really come back. I am a bit of a fan of losing time in games myself. I wonder how many musicians and writers we will never hear about because of the addictive quality of playing away your days?

I imagine it takes a lot of determination and dedication to become a successful writer. I write for fun and that is hard enough. Mr Weaver is a crime novelist and he has fought to get going and I am grateful he did.

I won’t beat around the bush. Mr Weaver has created a character called David Raker. This journalist turned PI looks for missing people. I like to think that is in part what I do. In many ways I am a stereotype though, burnt out ex cop drifter who could not stand the suits in city hall. Yeah that’s me.

Unlike me David Raker is not a stereotype. He has a cop friend sure, one who crops up a lot but other than that he and the Metropolitan Police keep each other at arms length.  Raker isn’t a brawler, nor is he a push over, he is just tenacious. 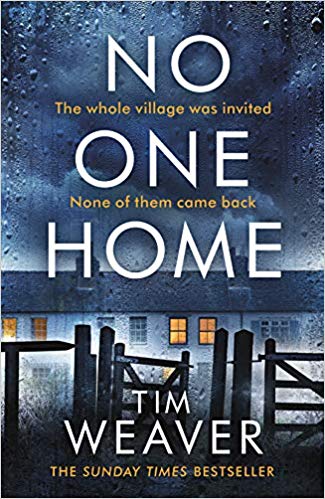 The plots are fresh and innovative and the pace is lively. There is a craft to making a PI character that is not just a copy of all the others and Tim Weaver has cracked it.

I would recommend ‘No One Home’ which is set in country not far from me. I should say that they are probably best read in a consecutive series and the first is called Chasing The Dead.  I have put a link to his website below.

Writing About Gunfights For Writers Who Don’t Shoot

The Serpent A Tale of Terrible Crimes Very well Told