I resisted watching the 2019 release ‘Once Upon A Time In Hollywood’. There were two reasons. The first was that the whole Manson thing has been written about more than Meghan Markle. The second reason was the director. This is why I changed my mind, at least about the film.

Once Upon A Time In Hollywood, I was told, was about the awful murders of five people on the night of 8th into 9th August 1969. There have been so many movies and documentaries about King Nut Job and his Happy Band of Insanities I was immediately disinterested.

However, the movie is technically not about the murders at all. In the movie the murders never happen. The plot involves a fictitious actor and his stuntman friend who become the focus of the Manson crazies. Once I was told there was less Manson and more creative thinking in the film I watched it.

I doubt anyone reading this will not have seen the film by now. I won’t do any huge spoilers nevertheless.

What Tarantino and Co do is give an alternative ending to that night over 50 years ago. What if Manson had gone with the group and taken part in the murders? What if he had never had contact with the house in which Sharon Tate lived? What if, instead of entering the grounds of that Cielo Drive home, something had distracted them?

That is the idea behind the movie and one of those factors is what Tarantino crafted the film around. I have never seen a film like it. It worked. It made me feel particularly sad for Tate and Co. If only something had gone differently. 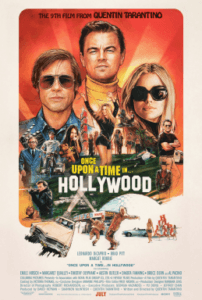 I would rate this as one of the ten best crime movies I have ever seen. I recommend it. I still don’t like the director, he is an self entitled fool…A talented mega rich one I admit.

I’m On His 11th Book, So I Can Say That Tim Weaver Is Well Worth A Read