Ms Jacob was a student nurse in England though she was a born and bred Irish girl who was back home on a visit. At 3pm on Tuesday 28th July 1998 she was last seen. She had been dealing with some financial matters to do with her studies in England. She had been to the bank in Newbridge, visited her grandmother who ran a shop and was then on her way home. 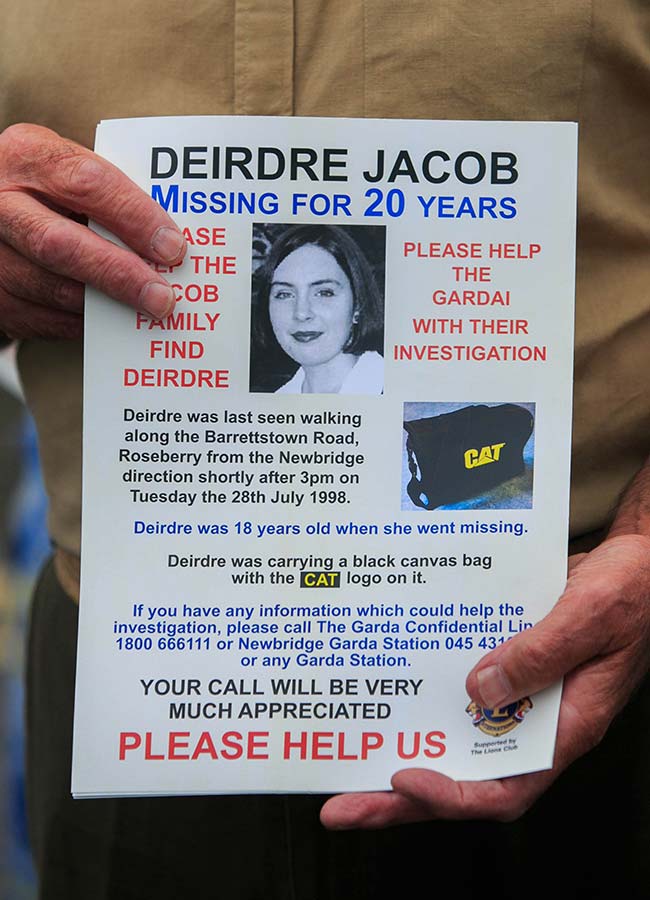 The last witness to be found who had seen the 18 year old said she was walking on Barretstown Road near her parent’s home. She was wearing a T-shirt and white shoes while carrying a black bag with the yellow Caterpillar trademark on it.

Given the way she was dressed I assume the weather was good and so you have a sort of Genette Tate situation. A country environment and a female alone. All of a sudden you have nothing. On that note I tried to follow the route that this lady took from Newbridge towards Roseberry which is a mile or so away. It looks quite built up now, however, it has that rural feel to it. Sadly whoever took Ms Jacob obviously found a quiet moment to intercept her.

Apparently her disappearance, official made a murder enquiry in 2018, was during a period that eight young women vanished in the wider area. The police say they are aware of the possible connection, they are not ruling out a link but they have not found any definite evidence to say for sure. 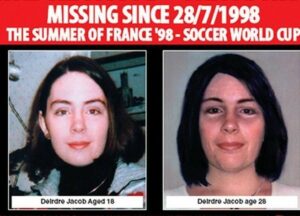 In October 2021 a search was conducted of some woodland about 10 miles to the south near a place called Usk Little. It was prompted by information that there had been unusual activity there on the night Ms Jacob went missing. Unfortunately nothing was found. 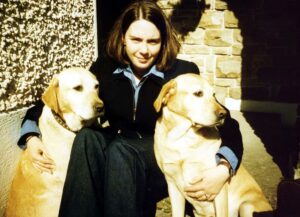 Deirdre Jacob’s parents: ‘It is time to unburden yourself and tell what you know’