In many unsolved murder cases you hear this statement, ‘No Known Enemies’. I envy anyone who can genuinely say that about themselves. If you live a life how can you not accumulate a couple of enemies?

This case shows that even someone who is as friendly as can be can become the target of evil.

Alan Wood was 50 years old and ran a small gardening business according to a BBC article. His main employment seems to have been at a branch of the Sainsbury’s supermarket chain. On 24th October 2009 his brutalised body was found in his home. He had been the victim of a sustained and almost unbelievable torture session. His body was found by a colleague who was concerned that Mr Wood had not turned up for work.

He was last seen safe and well in his favourite pub. This was in the Willoughby Arms on 21st October. This hostelry is located in Castle Bytham a little over six miles away.

Mr Wood lived in Edenham Road, Lound, Lincolnshire. This is a rural setting, a small hamlet and not what you expect to be a hub of brutal criminal activity.

The assault on Mr Wood involved his legs and wrists being bound with Sellotape. He was then stabbed in the head on numerous occasions. I particularly noticed mention of him being stabbed in the eyes repeatedly.

After he died a deep cut was made to the back of his neck. It is believed this was an attempt at decapitation.

This is where the ‘no known enemies,’ bit comes in. This was a middle aged man who was so roundly liked at the supermarket a huge reward was pledged by those that knew him.  The cops found out that his bank card had been used after his death but were unable to identify who had used it. By trying to cobble together CCTV images and witnesses at cash points they did release some images. 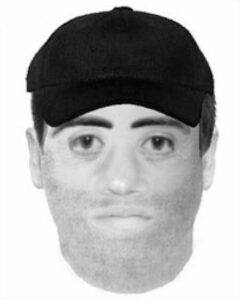 Mr Wood was a sociable guy. He was often in the pub, he was seen riding his prized Triumph motorcycle and he had a passion for photography. What is known of him does not help nail his killers. He had been married until 2003 yet the break up had led to a friendship with his ex wife that continued until his death.

He is described as a man of simple pleasures, a content man. The cops either found their way or were pointed to the possibility that Mr Wood was killed by visitors to the country. In the press officers have appealed for information from communities of European nationalities that live in the area.

A full male DNA profile was recovered that did not match anything on the database here. They have initiated a ‘worldwide’ DNA search but at the time of writing nothing has come of it.

This is one of the most brutal killings that I can think of in the UK. Maybe the death of Mr Wood is only rivalled in savagery by the psychological torture a victim goes through when they are abducted and sexually assaulted. It is hard to weigh up such awful inhumane crimes one to another. It is stunning to think of people capable of this level of cruelty before they attack.

What I mean is who do we pass in the street who has done this sort of thing or is planning it? We work with them and interact with them, just how many are there?

If this was a financially motivated killing I can only think that Mr Wood was mistaken for someone who had a lot of money. Money that the killers thought he was protecting. Poor Mr Wood would have been protecting nothing and as a result he could not give these low life an answer that would end his suffering. There have been many such cases over the years.

There is also the possibility that the attack was begun as something else. A mistaken identity over a slight or offence in the past. This theory was explored in the unsolved murder of Dr Spike Meenaghan in 1994. He was killed in a different type of attack but like Mr Woods the motive was elusive. Then again what I often think is overlooked is the fact that the motive might not be something we can comprehend. It makes sense to the killer in a twisted way, however, if we understood it in a true sense we would be as sub human as them.

Take the German flight that was deliberately flown into the mountains or the husband who kills his wife and child in New England as examples. The horrible violence in those cases does not seem to sit well with any of the motives given to explain what happened.

Another aspect is a simple and undeniable truth, sadists exist. There are people who would enjoy the injuring and know that there was no great material pay out, but why Mr Wood?

If friends and family know of no enemies, if they cannot point to some activity in Mr Woods life that could bring this evil on him, petty financial gain is all that there is left.  If I was just left with the bare story, the injuries and the private life of this contented man, I would say there is more to it.

The level of violence he suffered is normally very personal. If not personal it would fit someone looking for millions not a few pounds that was stolen from Mr Wood’s bank account. Of course I only know what I have read. The cops know way more and I am not here to theorise without evidence.

God bless the family, his mother and sisters want answers. I hope they get them.

Click here for the Lincolnshire Police website section that deals with this. I notice there are several different language versions of the text, maybe that is some use to you.