All over the internet are truly baffling stories about people disappearing. Some end with horrific findings. People are abducted, murdered and years go by without an explanation. Meanwhile witnesses come forward. Some are accurate and assist police enquiries. Others are mistaken and confuse the trail.

People go missing for other reasons of course. They hike into the mountains and never come out. Years go by and there is no word. Sometimes ‘forever’ will go by with no word. Good examples of such occurrences can be found all over the world. I recently wrote about Dervish Adili  who not only disappeared in Alaska, but no-one seems to know what he was doing there.

In Japan you have locations like Mount Asahi. This peak has been the scene of many mysterious vanishings. Sometimes these occurrences are ordinary misadventure. Tragic for the families and individuals yet explainable. So what do we do when we look at cases shrouded in mist?

The temptation is to look for more exotic solutions. These can include UFOs, serial killers, Bigfoot or espionage. Where I suggest we start is with the basics. Another humble suggestion is we should never underestimate the difference between what we see as logical and what people under stress see as common sense.

The Tragic Case of Gail Delano

Gail Delano was 33 years old when she disappeared. This poor lady was ill. She suffered from depression and seems to have fought hard against it. She had two sons and lived on Westport Island, Maine, USA.

On June 21st 1986 she told her boys she would be meeting a man for lunch. This was a date set up through personal adverts in a newspaper. She told her sons that if all went well she would spend the afternoon with this man who was  called ‘John’. When she did not return that night the boys were not too concerned. By the time she did not return on the second night the police were called. 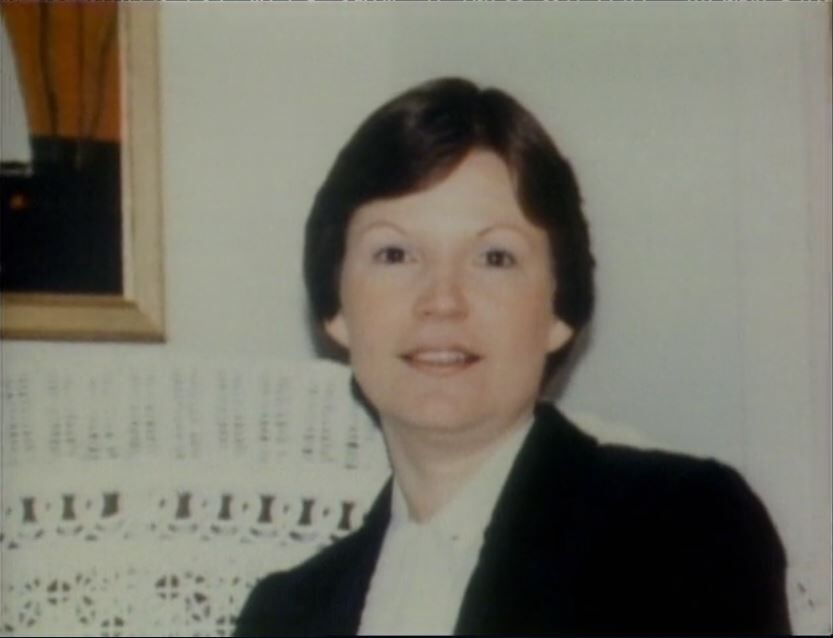 Her car was found at a restaurant in town. When it was removed a member of staff found her keys. Two weeks later a boy found her bag and empty purse in bushes at the eatery. There were no witnesses who saw any foul play, but it looked like there might well have been some.

The cops interviewed anyone who may have an idea about what had happened to Ms Delano. This included contacts she had put in her diary. Her disappearance was out of character and the fact her keys and purse were found alarmed her family.

A witness came forward claiming to have given Ms Delano a ride in his truck months after she had disappeared. He was certain it was her and had seen pictures of her distributed by the cops.

Another witness was a DJ on a radio show. He operated the late night service and said Ms Delano had called in often. He asserted that she was very depressed.

Meanwhile in Mobile, Alabama, authorities had a Jane Doe body. This lady had been found in a hotel room near the airport and had died of a drug overdose. She had signed in using a false name and had no other identification. The TV program Unsolved Mysteries featured Ms Delano in 1988. This generated a call from a forensic scientist in Mobile.

Later the police pieced together the last days of Ms Delano’s life. She had left Maine and by 11pm on the day she disappeared she was in the Mobile hotel. Three days later staff found her body in the bed.

Tragic and in some respects it defied logic. The sons had heard her have a pleasant conversation for two hours with a man she called John. She seemed to look forward to the lunch date. She was seen as a caring mother, a divorcee who was struggling, but getting on with her life. It was only natural that anyone looking at the circumstances would suspect foul play.

The reality was that mental illness made her actions largely unfathomable to people at the time.

The Awful Misadventure Of Elisa Lam

This is now a famous case. The main reason it is famous is because this young woman was found dead in totally illogical circumstances. The reality was that she had a serious mental illness that was not properly controlled. While staying in the Cecil Hotel in Los Angeles in 2013 she became chronically ill. As a result of her mental state she tried to swim in a rooftop water tank. She drowned there.

Footage appeared of her in an elevator. It showed, to some, a woman panicking and trying to escape the attention of someone. What she was in fact doing was responding to unseen stimuli. This often happens in the case of psychotic mental illness. After she disappeared the cops looked for her. Her family joined in appeals for her safe return. In the end it all came down to her climbing onto the roof and dropping into the huge water tank. She wouldn’t have been able to get out even if she had tried.

The internet lit up with theories. The police were roundly pulled apart. A conspiracy theory even erupted of dark dealings and plans to clear the homeless from the area. The reality? A very sad, extremely illogical, set of actions by an ill young woman. For a full description of this case please click here.

Just How Many Mysterious Cases Are Tragic Misadventure?

We won’t know. Often we don’t have all the details. In the case of Dervish Adili we have a young man who may or may not have died in Alaska in 1992.  I know that sounds vague. There are details about why this ex Coast Guard vet is thought to have died in the northern state. There is good evidence that he has not surfaced since. What is not known is why he was there in the first place, if he was in good health or why it took family 14 years to report him missing.

I can say that hype is an enemy in cases like theses. Theories are just that and we often look at what a person may have done forgetting that we are sat in comfort and in a good mental state. As we read accounts of the circumstances we forget that we are calm, collected and secure. It is why we frequently cannot understand certain behaviours. It is often why we look for more extreme solutions.

Severe cold or heat can also scramble reason. Whether we are in the desert or slammed into the middle of a financial crisis, only people who have been in similar situations can understand our thinking. Even then they can only look at it from their own perspective.

Worse still for family and those who are just wondering, there are the outlandish theorists. The more exotic these theories become, the more money there is. From YouTubers (not all) to writers (not me) if you can make a murder from a tragedy or an alien abduction from an accidental fall, you can make big bucks. Even better for some of these sensationalists you can get to feel like the smartest person on the screen.

That is they can feel smart for a while. In the case of Elisa Lam many had to do grovelling videos after the truth came out.

What do you think? I am suggesting we look at all cases from the ground up. Step by step we look at the evidence. If we want to give theories then make it plain they are just that.

I think there are plenty of real mysteries out there. We have The Isdal Woman, Kombo Man, Jennifer Fergate, Lord Lucan, Glen and Bessie Hyde and the awful case of Madeleine McCann. The least we can do is treat all such cases with great care and allow for all possible eventualities.

I would make mention here of another baffling case for you to take a look at: Brandon Swanson. I would be interested in your thoughts.