This movie has central characters played by Jake Gyllenhaal and Michael Peña. They are two young patrol cops working in South LA. The film has the unusual feature that a lot of the footage is shot as home video by Gyllenhaal’s character Brian Taylor. 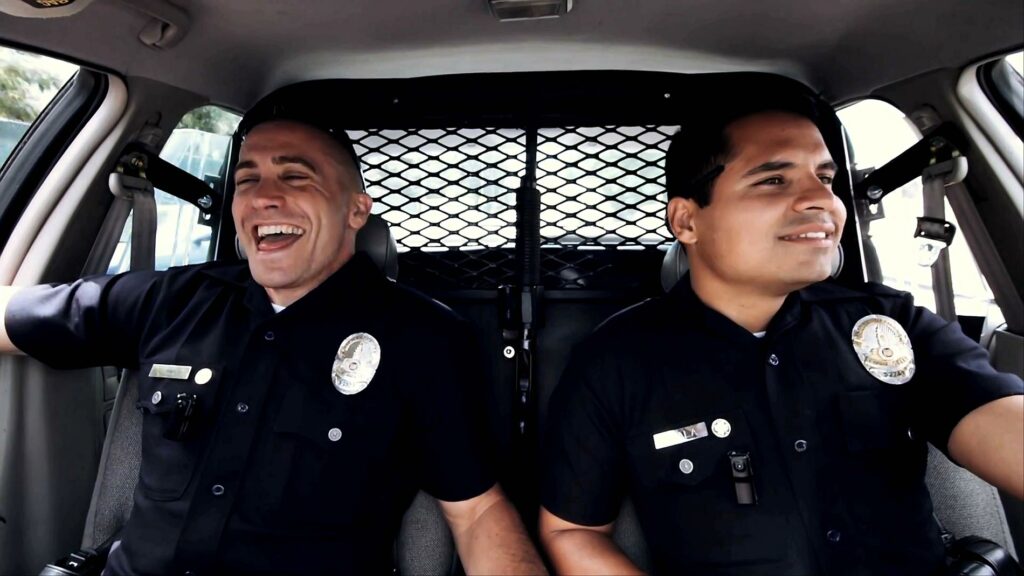 You will find big reviews of movies and that is not what this site is about. I saw the 2012 film a few years ago and then again the other day. It has all the action you could want, solid writing and acting and a half decent twist at the end.

What I liked most about it was the casual way Taylor and Michael Pena’s character, Mike Zavala, interact. In these days of constant word watching. Where you wonder what can be taken as an outrageous insult, these two cops tell it like it is. You don’t ride around in a cop car without poking fun at each other. You don’t ride around without poking fun at the world. Meanwhile truckers pass you and doubtless poke fun at you as cops. Kids in the street smile and then probably poke fun at you. The world revolves telling jokes about itself. 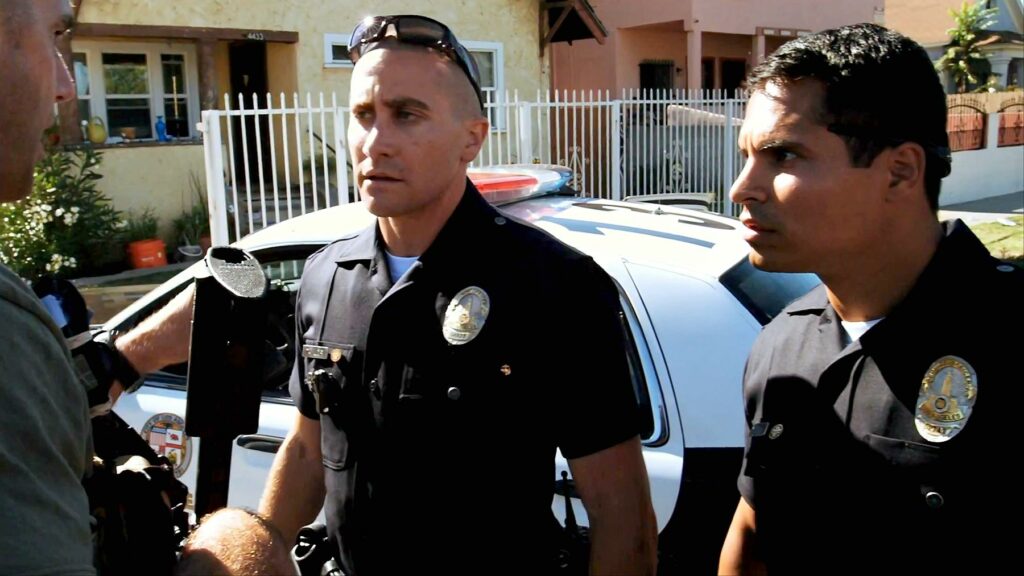 This Anglo cop and his Hispanic partner socialise together, they talk of their partners in intimate terms and they make jokes about each other’s cultural differences. It is how it is or as it used to be. When the chips are down, the movie increases the danger they face as it progresses, they watch out for each other. You could say they love each other.

I laughed at Taylor’s take on the big family of Zavala and in turn his hilarious impersonation of a white man voice. Maybe times have changed out there on the street. Maybe cops are all business and stand off from humour aimed at each other. I doubt it. If the police lost that art of ripping each other apart I doubt they could do the job.

Here is the trailer. It is a good movie and perhaps shows how we can find harmony in part by first finding our sense of humour and humility once again.

One the Very Best Crime Movies, Inside Man